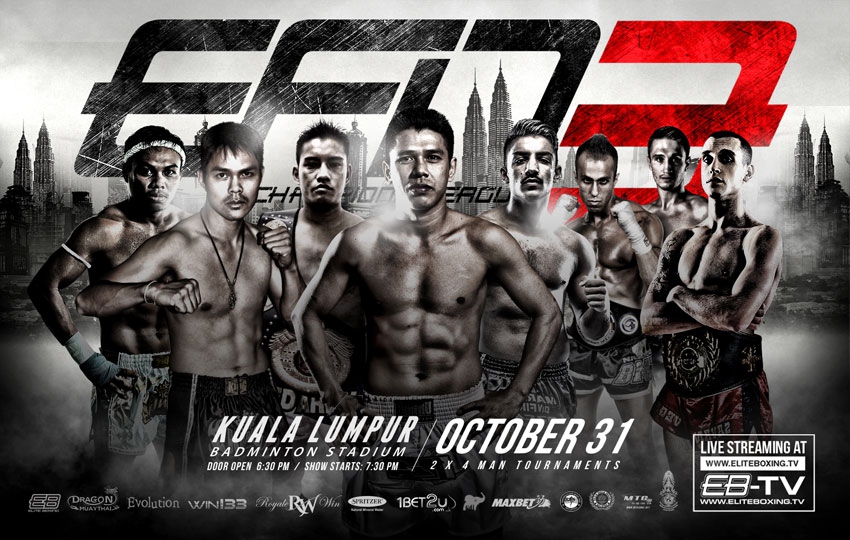 In addition to being the third event in the series, EFN Champions League 3 will be the third time that EB has staged an event in Malaysia in the last 3 years. Following the success of TVC events held in Malaysia in 2013 and 2014, EB as established a strong foundation in the Southeast Asian nation.

While the previous TVC event in Malaysia was staged in an exclusive VIP venue, high demand has led EB to stage EFN Champions League 3 at the KL Badminton Stadium with a capacity of approximately 3,000. Working with local partner Leko Beh on the event, EB is confident of selling out the venue for EFN Champions League 3.

Following the now standard format, EFN Champions League 3 will feature a 4-man tournament with the winner taking home prize money of 150,000 baht and qualifying for the King’s Cup in Bangkok on December 5.

The 4 fighters have been confirmed as Sean Kearney from Canada, Teerapong from Cambodia, Aiman RedArmy from Indonesia and Kai Chee from Malaysia.